Types of Coffee Beans [Guide To The Big 4] 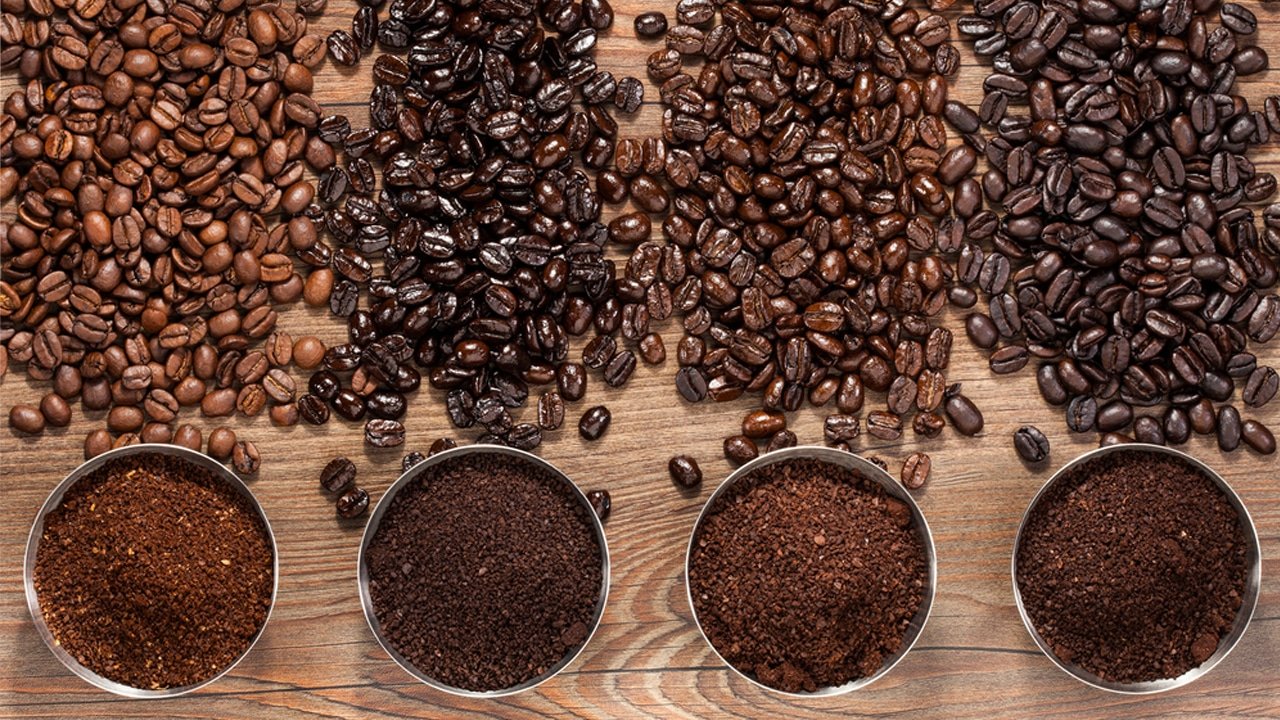 Whether you have exclusively been drinking instant coffee or are very stuck in your ways when it comes to the coffee beans and ground coffee you use, it may be time for a change. However, you may hit a major obstacle when looking for a fresh and different coffee bean to try, as there are so many out there.

There are actually more than 4 different coffee bean species. However, for the basis of this post we are only going to look at the 4 most commonly used and the ones most people are familiar with, even if it is by name. They are:

These are the most popular and account for an incredibly 60% of the coffee consumed around the world. Most of the industry, experts and aficionados alike, agree that it is one of the higher quality types of coffee beans and you will find it is mostly grown in Latin America.

They are often called mountain coffee beans because they are generally grown at high altitudes and require steady rainfall, but also plenty of shade.

Compared to the others, Arabica coffee beans are known to be less hardy and very delicate. This is important to note because if they are grown in the wrong climate and conditions the beans could be affected. Another major issues with Arabica beans, in stark contrast to other bean varieties, is that they commonly develop diseases.

Arabica beans are also known for having a lighter body than others. IT is best to use Arabica for hot brewing. Particularly pour over coffee and other manual methods of brewing.

This is a much strong and notably bitter flavoured coffee bean that is often used for espressos and anyone who wants an especially strong cup of coffee. They are also noted as having almost twice the recommended daily allowance of caffeine, compared to Arabica Beans.

Its caffeine content, alongside its hardiness are what has helped put Robusta coffee beans on the map. Robusta are perfect for frequently inconsistent rainfall patterns and hot climates and will survive just about anywhere. They also have another clear advantage when compared to Arabica beans because they don’t contract diseases as frequently as Arabica.

High quality Robusta coffee beans tend to have a heavier body with a lower acidity level. If you are interested in making a coffee drink that relies on the use of sugar and cream, you could try Robusta beans for A dish known as Vietnamese Coffee.

The final two types of beans we want to highlight for you are the two you may not have heard of. Excelsa is technically a sub variety/form of Liberica. They have been kept separate because they have two personality profiles. As a result, they could (and often are) considered to be two separate entities.

It was in the 1890s that Liberica beans were at their most popular when around 90% of Arabica crops were destroyed by coffee rust.

Liberica beans have a very smoky, woody, but nonetheless distinctive flavour with a fruity/floral aroma and a fully body.

The Excelsa coffee bean has a more fruity and tart flavour but is much easier to locate. There are local 20 to 30 feet high coffee bean plants where Excelsa are grown from. Rather than using them on their own for a cup of coffee, most people and companies tend to use Excelsa for giving additional depth and complexity to blended coffees.

Although we’ve tried to keep things simple, you should have enough information at your disposal now to make decisions about which type of coffee bean is right for you and your intended use of it.

Joe is our resident coffee lover and the editor of bestcoffeebeans.co.uk. Whether its researching, testing or tasting, Joe is obsessed with coffee!

Why Are Some Coffee Beans Oily?

How Many Grams of Coffee Beans Per Cup?

What is a V60 Coffee Maker?

Aeropress Coffee Maker – Should You Buy One?

Where Do Coffee Beans Come From?

How to Store Coffee Beans

Bestcoffeebeans.co.uk is a participant in the Amazon Services LLC Associates Program, an affiliate advertising program designed to provide a means for sites to earn advertising fees by advertising and linking to Amazon.co.uk and Amazon.com. *Amazon and the Amazon logo are trademarks of Amazon.com, Inc., or its affiliates.

This website uses cookies to improve your experience while you navigate through the website. Out of these, the cookies that are categorized as necessary are stored on your browser as they are essential for the working of basic functionalities of the website. We also use third-party cookies that help us analyze and understand how you use this website. These cookies will be stored in your browser only with your consent. You also have the option to opt-out of these cookies. But opting out of some of these cookies may affect your browsing experience.
Necessary Always Enabled
Necessary cookies are absolutely essential for the website to function properly. This category only includes cookies that ensures basic functionalities and security features of the website. These cookies do not store any personal information.
Non-necessary
Any cookies that may not be particularly necessary for the website to function and is used specifically to collect user personal data via analytics, ads, other embedded contents are termed as non-necessary cookies. It is mandatory to procure user consent prior to running these cookies on your website.
SAVE & ACCEPT