Where Do Coffee Beans Come From? 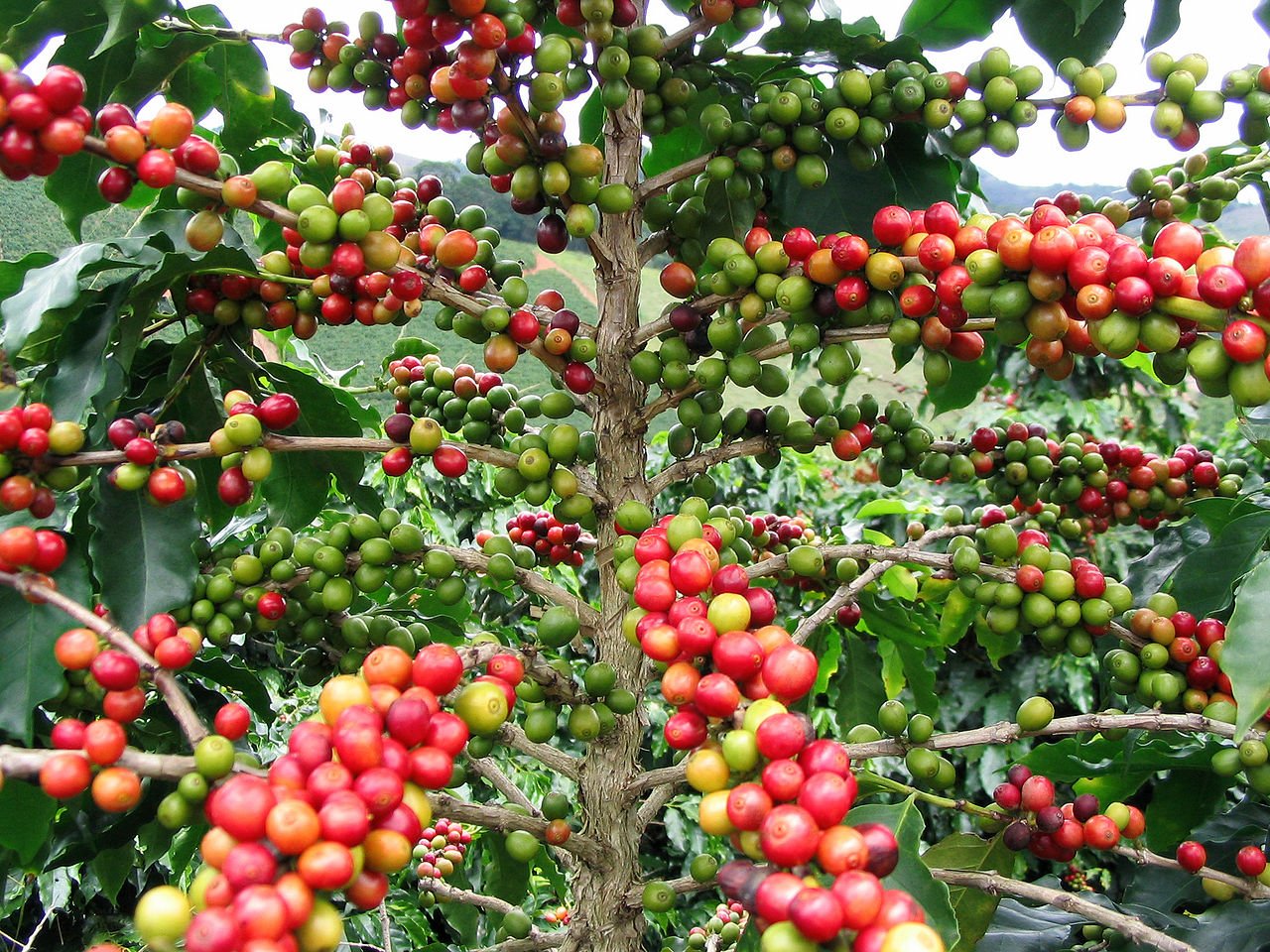 Beyond the store or website where you bought them, if you have a growing fascination with all things related to coffee, you may have wondered where coffee beans come from.

Before we go any further, it is worth noting, just in case you weren’t aware, that there are two types of coffee beans used most commonly in the industry. Arabica and Robusta, each of which come from different varieties of coffee plants.

What Do Coffee Beans Grow On?

We’ve already noted that coffee beans grow, unsurprisingly, on coffee plants. However, what does that actually mean? What do the plants look like and how do the beans form?

These are forms of bushes or shrubs and if you have never seen them before, the best comparison we could offer is that they look similar to grapevines and berry bushes. They are known to grow very tall. Not as towering as Redwoods and the like, but taller than most human beings.

In terms of their structure and colouring, most coffee plants in general have deep, dark green leaves that have a waxy texture. There have been varieties where the leaves have had ore yellow or even purple tones to them.

It may seem easy enough to understand that there are two different types of coffee plants and coffee beans. However, as there are many different varieties of Arabica and Robusta plants, it is not as cut and dry as it may have sounded at first.

Let’s take both individually, to get a better understanding of their origins.

Where Do Arabica Coffee Beans Come From?

Arabica coffee beans are the ones you are probably most familiar with. That is because they are the most commonly used and favoured of coffee manufacturers in general, but especially independent roasters and retailers.

Although varieties of Arabica coffee bean plants are grown in different locations around the world, they are grown lots in what is often referred to as the coffee belt.

The coffee belt is a collection of countries that sit along or close to the equator and have conditions where coffee bean plants can grow and really thrive. Arabica coffee beans are important because they are used in the more expensive and better-quality coffees.

For instance, the Bourbon variety of Arabica, mainly grown in South America, is one of the best when you are looking for a tasty coffee bean that will deliver packs of flavour. There are some who call it the coffee world’s pinot noir.

There are other varieties like the Bourbon-Typica group that features many of the most popular Arabica forms. You will also find what are known as Introgressed Arabica, which have traits that have been brought over from different species, like Robusta, but are considered to be Robusta. The reasons these exist is normally to help combat coffee leaf rust and other crop killers

Another form of Arabica coffee plants you will find are F1 Hybrids, which are the resulting plant of two incredibly different parents.

Where Do Robusta Coffee Beans Come From?

The other most commonly used, though not as popular as Arabica, is the Robusta. There are two main types of Robusta plants, the C.C. Nganda and C.c. Robusta, that are both borne of the Coffee canephora plant. They are mostly grown in Indonesia and Africa, but Vietnam also produces a lot.

How Are Coffee Beans Produced?

Coffee beans start their life in fruit form. Arabica plants have white blossoms that produce the special coffee fruits, referred to as cherries, that have a similar colour and size to cranberries. The cherries grow in clusters along the various limbs of the coffee plant and are harvested between October and January. Interestingly, there are two main techniques used in harvesting coffee cherries.

How long does it take to get to the point they can be harvested? A new coffee plant will take roughly about a year to start flowering. That is only the beginning as more patience is required. It can take anything from another two to three years for the plant to start bearing its fruit.

The spectacular thing is that once a coffee plant has reach full maturity, and as long as it is placed in a well-shaded area, it can live for as much as 30 to 40 years. There have been some that have lived even longer.

In addition to everything else you’ve learned from this site, if indeed you have taken the time to read through any of the posts, you now know a little bit about where coffee beans come from.

Although this information may serve any useful purpose when it comes to selecting and buying coffee beans, we do hope it made you smile and means you have more facts added to your mental library for those all-important quiz nights.

Joe is our resident coffee lover and the editor of bestcoffeebeans.co.uk. Whether its researching, testing or tasting, Joe is obsessed with coffee!

What is a V60 Coffee Maker?

Aeropress Coffee Maker – Should You Buy One?

How to Store Coffee Beans

How Many Grams of Coffee Beans Per Cup?

Bestcoffeebeans.co.uk is a participant in the Amazon Services LLC Associates Program, an affiliate advertising program designed to provide a means for sites to earn advertising fees by advertising and linking to Amazon.co.uk and Amazon.com. *Amazon and the Amazon logo are trademarks of Amazon.com, Inc., or its affiliates.

This website uses cookies to improve your experience while you navigate through the website. Out of these, the cookies that are categorized as necessary are stored on your browser as they are essential for the working of basic functionalities of the website. We also use third-party cookies that help us analyze and understand how you use this website. These cookies will be stored in your browser only with your consent. You also have the option to opt-out of these cookies. But opting out of some of these cookies may affect your browsing experience.
Necessary Always Enabled
Necessary cookies are absolutely essential for the website to function properly. This category only includes cookies that ensures basic functionalities and security features of the website. These cookies do not store any personal information.
Non-necessary
Any cookies that may not be particularly necessary for the website to function and is used specifically to collect user personal data via analytics, ads, other embedded contents are termed as non-necessary cookies. It is mandatory to procure user consent prior to running these cookies on your website.
SAVE & ACCEPT